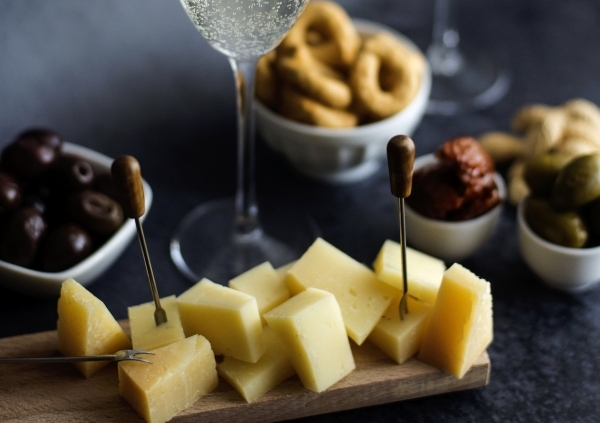 Stops in the major Italian cities to spread knowledge, delicacy and authenticity of Pdo from Friuli.

The tour of tastings and aperitifs conceived by the Consortium for the protection of Montasio Pdo aims at giving value to quality and authenticity of this excellence outside the region. A journey that covers many cities in the north of Italy giving the chance to taste Montasio paired with refined wines from Friuli and Prosecco.

“A pairing that many sincerely like-says Martina Cavedon, marketing manager-and that, in the last months, has been welcomed with enthusiasm. I think of the suggestive matching of fresh and semi-aged Montasio with the splendid still Ribolla Gialla of Scarbolo and the magnificent extra-mature Montasio Stravecchio aged for over 3 years combined with the prestigious Schioppetino of the same year, of Scarbolo Sergio winery from Cividale del Friuli”.

Tastings are satisfying thanks to the guide of an expert from the National Organization of Cheese Tasters (Onaf, Organizzazione Nazionale Assaggiatori di Formaggio), who leads the public at the discovery of scents, as well as tactile and taste-olfactory sensations of this cheese.

“Cheese is a fascinating product and deserves an analytical and emotional approach, the President of the Consortium, Maurizio Masotti, says. Our goal is promoting quality cheese and its reputation even through tastings of our dairy production. Montasio is characterized by varied, specific scents influenced by the type of milk used, the processing and ageing. Moreover, by virtue of its intrinsic properties and nutritional characteristics, this is a versatile product you can enjoy throughout the day”.

Thursday, 14 September, in Siena, after the Conference on the cork industry with Carlos Dos Santos, Chief Executive Officer of Amorim, you will enjoy an aperitif with a tasting of Montasio paired with good white and red wines from Montecucco. A concert by the Alpine choir of the Politecnico University of Milan will follow.

Monday, 17 September appointment at the International School of Italian Cuisine, Alma of Parma, with a special aperitif: Montasio cheese paired with the precious Prosecco and presentation of the book “The Universal Winemaker” (original title “Il Vignaiolo Universale”) of the series “Mestieri d’Arte” accompained by Cinzia Benzi, sommelier and partner of Identità Golose magazine.

20 September in Turin Montasio will participate in the Salone del Gusto. Tastings for the visitors’ delight will be available during the five days of the exhibition, until 24 September.

29 and 30 September Montasio will be undisputed protagonist of Caseus Veneti, XIV Edition of the Regional Contest of Cheeses from Veneto, which will take place in the wonderful setting of Villa Contarini of Piazzola Sul Brenta in the province of Padua. An unmissable event for cheese lovers. In fact, you will have the opportunity to meet a master cheese-maker, taste pizza with Montasio and be tempted by a giant frico. There will be enough for 1,200 people. 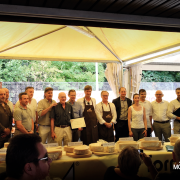 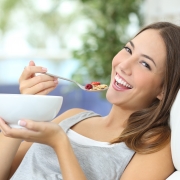 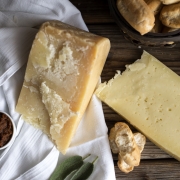 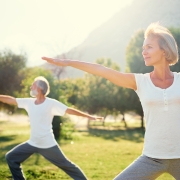 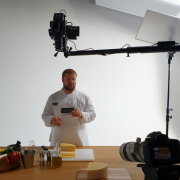 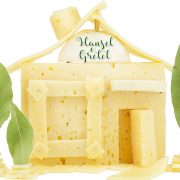 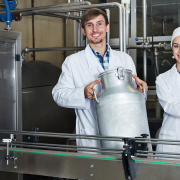 Montasio and innovation: the two sides of manufacturing.
Montasio Stravecchio and wines of the Scarbolo Sergio winery protagonists in...